I have finally moved this site to my new host (Thanks so much to Kaci and Claudia) and so I can update all that I missed. Hopefully, I got everything.

Press/Gallery: Emilia Clarke Films a New Campaign for Dolce and Gabbana in Rome 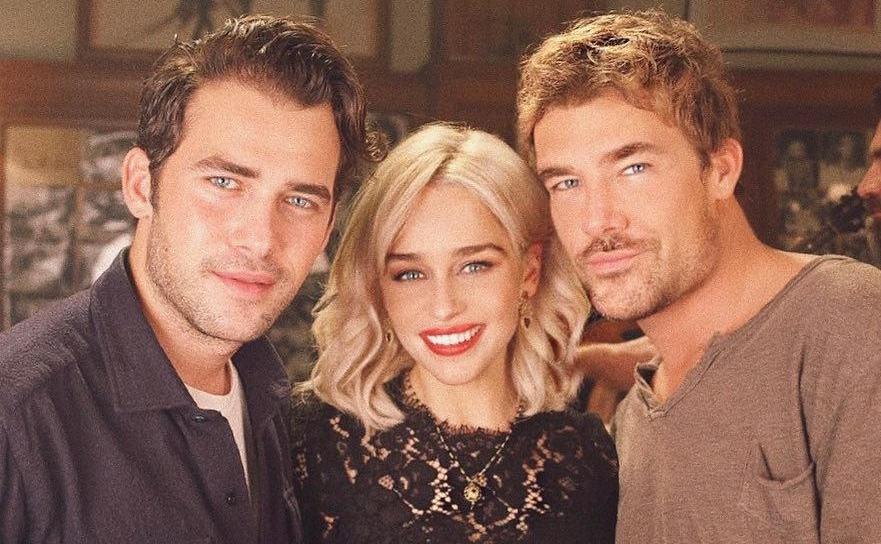 DAILY MAIL – She became the new face of Dolce & Gabbana’s fragrance The One, alongside Game of Thrones co-star Kit Harrington.

And Emilia Clarke launched herself into the fashion world as she filmed some new promotional material for the designer brand in Rome on Sunday.

The 31 year-old actress appeared right at home as she slipped into some of the fashion heavyweight’s sartorial choices, donning a decadent lacy black shift dress for the new campaign.

The screen queen beamed as she prepared for her fashionable moment, bundling up against the cold day in a large chestnut jacket.

Emilia’s petite frame was heightened by her classic patent black heels as she carefully meandered through the cobbled streets.

Her freshly dyed platinum blonde locks – a signature from her character on the HBO fantasy drama – sat loosely on her shoulders with light curls tucked behind her ears.

The Me Before You actress opted for a pair of ultra glamorous gold earrings with a matching pendant, with the black-accented beads matching her dress perfectly.

She added a pop of colour to an otherwise subdued look, with a deep berry red lip and lashings of mascara.

Emilia appeared to enjoy the company surrounding her, having a quick laugh with the production crew as she prepared to film the latest perfume campaign.

END_OF_DOCUMENT_TOKEN_TO_BE_REPLACED

Finally, we get to see the results of Emilia’s March shoot in Naples, Italy for “The One” fragrance by Dolce & Gabbana. Here are some of the ads and the commercial she filmed as well as some behind the scenes look.

The talented British actress Emilia Clarke joins the Dolce&Gabbana family as the new ambassador of The One, gifting the new campaign with her irresistible smile and genuine warmth. Her fresh, natural beauty and authentic emotion capture the essence of The One. She is the Dolce&Gabbana woman.

Shot in the streets of Naples, with real people living their daily life, the new advertising campaign for The One was directed by the Italian filmmaker Matteo Garrone.

The scene is scored by the playful “Tu vuò fa’ l’americano” (“You want to be an American”), a 1965 Italian hit written in Neapolitan, combining swing and jazz.