viewing mobile site
Welcome to Enchanting Emilia Clarke, a fansite decided to the actress most known as Daenerys Targaryen from Game of Thrones since 2011. She has also stared in Terminator Genisys, Me Before You, Voice From the Stone, Solo: A Star Wars Story, and Last Christmas. Emilia's become one of Hollywood's A-listers as well as representing Dolce & Gabbana's The One perfume. That's not to mention being beloved by fans and celebrities internationally for her funny, quirky, humble, and genuine personality. She's truly Enchanting.
Talk Show Appearance Video

by AliKat
No comments
Appearances Gallery

Press/Gallery: Jason Momoa and Emilia Clarke to reunite on “The Graham Norton Show” 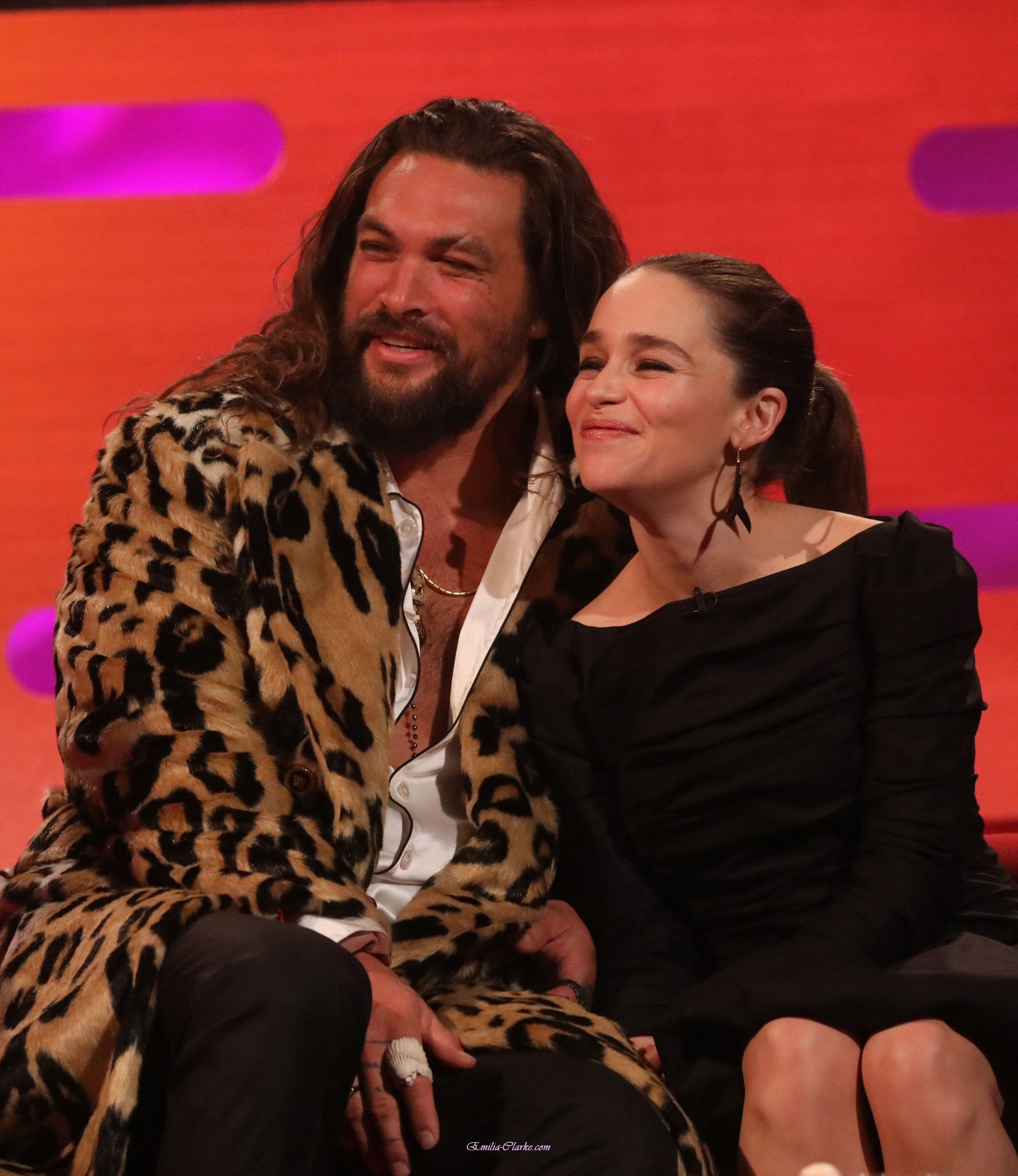 The actors will be guests on The Graham Norton Show on 25 October. Instead of chatting all things Westeros (although we have a feeling that might come up anyway) they will be promoting their latest projects.

Jason will star in the futuristic TV series See, while Emilia is already creating a buzz with her festive film Last Christmas.

Emilia is best known for playing Daenerys Targaryen on Game Of Thrones, the one-time lover of Jason’s character Khal Drogo. In season one Daenerys and Drogo fell madly in love, but it was cut brutally short when a festering arrow wound caused Drogo to fall into a coma. The Mother of Dragons didn’t fare much better in the end, as she was murdered by her lover Jon Snow (Kit Harington), who feared she would become a tyrant if she took the Iron Throne.

We can’t wait to hear Emilia’s reaction to how her character’s story played out in what was a controversial season.

The actors have remained good friends despite only being in one season together, so it will be a treat to see them share a screen once again – as themselves this time. Also on the new series of The Graham Norton show are Regina King, Ross Noble and Camila Cabello who will perform her track Liar. Upcoming episodes will also include appearances from Robert De Niro, Paul Rudd, Arnold Schwarzenegger and Debbie Harry. The Graham Norton Show airs Fridays on BBC One.

More photos in the gallery!

Also here are some new trailers for the movie. The movie is coming out on November 8, 2019!