viewing mobile site
Welcome to Enchanting Emilia Clarke, a fansite decided to the actress most known as Daenerys Targaryen from Game of Thrones since 2011. She has also stared in Terminator Genisys, Me Before You, Voice From the Stone, Solo: A Star Wars Story, and Last Christmas. Emilia's become one of Hollywood's A-listers as well as representing Dolce & Gabbana's The One perfume. That's not to mention being beloved by fans and celebrities internationally for her funny, quirky, humble, and genuine personality. She's truly Enchanting.
Articles Game of Thrones Video

Press: Emilia Clarke explains what Daenerys is thinking during her big turn 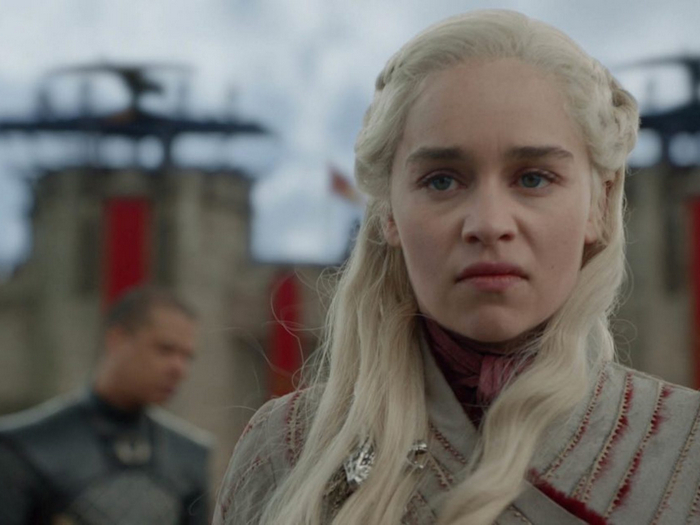 WINTER IS COMING – Earlier this week, Emilia Clarke appeared on the Armchair Expert podcast with Dax Shepard and Monica Padman. The episode, which you can listen to here, is quite long: over two hours! Clarke covers a huge variety of topics, from why she started her SameYou charity to growing up in England to which American accent she finds sexy to, of course, Game of Thrones.

In fact, she talks rather a lot about Thrones, because Shapard is clearly a superfan and has a ton of questions. Like, it’s hard to overstate how big a fan he is.

Anyway, Clarke covers a lot of ground, but I was most interested in her comments about why Daenerys chose to burn down the city of King’s Landing after it was clear the Lannister army had surrendered. She walked Shepard and Padman through her thought process after receiving those final scripts. “On one side, I was like, ‘How juicy!’ Oh my days, as an actress, to be able to do this? Like, flip that fucking shit? And on the other side, I’m like, ‘It hurts. It hurts so much. I love her so much.’ So it was kind of a combination of that the entire way through. It was the hardest thing I’ve ever had to film.”

Clarke, who was terrific in that scene, clearly spent a lot of time getting herself to a place where she could play in convincingly. She offered up a passionate explanation for why Daenerys did what she did. “[I]f you really look at her…the fact that she’s been on the run her whole life, she’s been abused her whole life, she’s been dealing with the weight of responsibility of carrying her family’s legacy her whole life…When it comes down to this thing of people start to betray her, people start to leave her, people start to devalue what it is she’s made…She’s killed people all the way up until this point, and now someone’s gonna turn around and say, ‘Ah, maybe no.’ I did this because it was all or nothing. I went all in, and now you’re telling me that I can’t? So it becomes its own addiction.”

Like a lot of other fans, I didn’t quite buy Daenerys’ flip to the dark side when it happened, but I never doubted Clarke’s commitment, and honestly, she’s kind of selling me on it here.

Clarke also disagrees strongly with the idea that Daenerys made the choice she made because it was in her genes, that she had inherited madness from her father. “She was an orphan,” Clarke said, “and she was raised by a brother was clearly fucking her, literally, and then was sold like a slave to a huge warrior…And wanted kids and then realized that she’d birthed dragons instead and she would never have them, and tried to fall in love and realized that that would never work, and became this vessel for leadership, for power. And she spent her life trying desperately, as we all do, to not be her parents, to be something different.”

Then came the scene where Daenerys gives a speech to her assembled armies, another one that Clarke struggled with because of the heavy quantity of Dothraki. “You have to learn [the lines] so well that you can act,” she explained. And finally there was the final throne room scene with Jon Snow, where she gave another heartbreaking performance. “On my last scene, I wanted to bring her back to season 1,” Clarke said. “Like, there’s nothing then left to do, but to be entirely hopeful and optimistic and ultimately, deluded.”

The more I watch these scenes the more I wonder why Clarke didn’t win that Emmy for Outstanding Actress in a Drama, but I should probably let that go.

Press: David Beckham Is ‘Star Struck’ After Meeting ‘Mother of Dragons’ Emilia Clarke: ‘So Nice to See’ Her

Press: Emilia Clarke: ‘I didn’t want people to think of me as sick’ 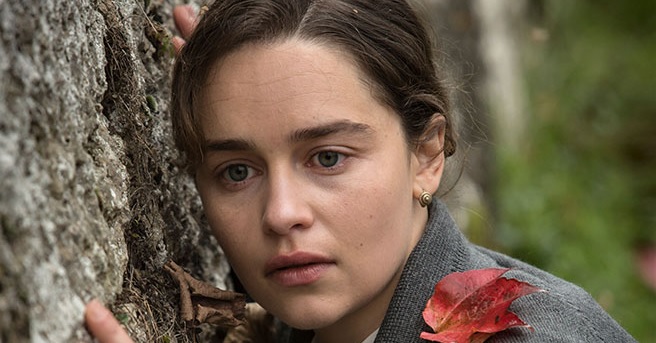 New “Voice From the Stone” Clip 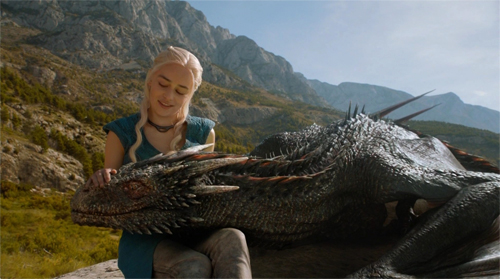