viewing mobile site
Welcome to Enchanting Emilia Clarke, a fansite decided to the actress most known as Daenerys Targaryen from Game of Thrones since 2011. She has also stared in Terminator Genisys, Me Before You, Voice From the Stone, Solo: A Star Wars Story, and Last Christmas. Emilia's become one of Hollywood's A-listers as well as representing Dolce & Gabbana's The One perfume. That's not to mention being beloved by fans and celebrities internationally for her funny, quirky, humble, and genuine personality. She's truly Enchanting.
Gallery Modeling

After plotting world domination for eight seasons on Game of Thrones, Clarke reflects on her own quieter sense of ambition, rooted in the “sustainable and real,” she says. Meanwhile, a new role as Clinique’s ambassador, announced today, puts her back on the global stage. 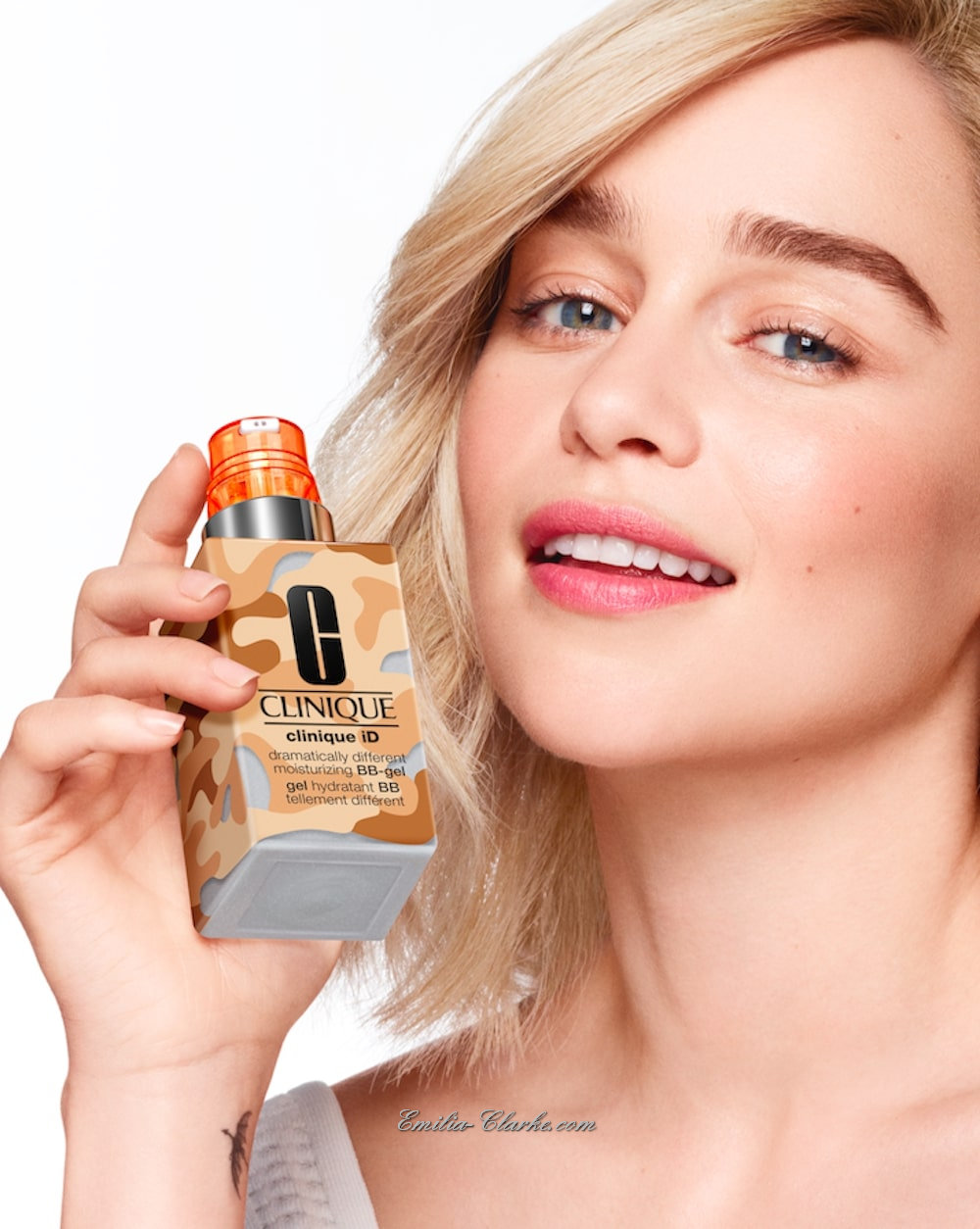 VANITY FAIR – Call it auspicious, to sit down with a former queen on the eve of a nail-biting election. It was a clear December morning in London, a day before Britons cast their fate (and Brexit’s) with Boris Johnson, and the Protector of the Realm—to use one of Emilia Clarke’s many titles on Game of Thrones—was assessing the political landscape. “Is it a full moon?” the actor said, interest piqued. (An Instagram astrologer had told me so.) “Maybe that will kick the . . . —no,” she interrupted herself with a weary laugh. “It will just soften the patriarchy ever so lightly.”

Clarke, whose now-departed character was known to scorch entire neighborhoods with one dragonic exhale, leads with a comparatively light hand. In a November post about the UK’s voter-registration deadline, she delivered a message (“You have a voice. Use it!”) with a silent procession of cue cards. Last March, when she first revealed her tumultuous medical history—a pair of brain aneurysms in the show’s early days—she did so with a lyrical, unsparing essay on the New Yorker’s website. She isn’t much for peddling influence; instead, she reps sweatshirts for Same You, the charity she founded to support neurorehabilitation for young patients. After the GOT series finale and its torrent of press, she has kept things earnest and under-the-radar—however much someone with 26 million followers can slip into incognito mode.

That makes Clarke’s latest role—the first global ambassador for the beauty company Clinique—at once a like-minded alliance and a return to the spotlight. “You’ve got your spidey senses,” explained the actor, sitting on a gray velvet sofa (a softer iron throne) at the Edition hotel. “My gut was like, ‘You’re going to enjoy this!’ ” At a time when authentic is a buzzword on every brand’s bingo card, she manages a kind of translucent candor. (The way Clarke described the brand’s longstanding image—“completely universal, totally relatable, totally modern”—sounds like the elevator pitch for tapping the 33-year-old as a spokesperson.) A sunbeam slipped across the room, igniting her lagoon-colored eyes. I found myself lilting precipitously off the sofa, like a wayward houseplant, to avoid casting a shadow.

Clinique, founded a half-century ago as a prescient, dermatologist-backed skin-care line, didn’t set out to sell miracles. The 1967 Vogue article that helped spark the company—titled “Can Great Skin Be Created?”—laid out a practical, yes-it-can mission. Back then (and for generations of beauty inductees since), demystification arrived by way of a streamlined three-step system: cleansing bar, exfoliating toner, familiar yellow moisturizer. In lieu of the smiling perfection of beauty ads, Irving Penn photographed heroic still lifes, making saints of ho-hum bathroom essentials.

Now, in an age of algorithm-generated everything, customization is the operative word. Clinique iD, which launched last year, riffs on that original moisturizer by targeting a cross-section of skin needs: four hydrating bases, five potent mix-ins, 20 different permutations. “You have options because we all change all the time,” said Clarke, who—to echo that classic Hair Club for Men slogan—is not only the face, she’s also a client. “I used the products, and my skin got better! I’m like, ‘Yes! I don’t need to lie!’ ” she added with a laugh. “It’s all true.”

The latest addition, a BB-Gel base that suits most skin tones, reminded me of a biographical detail tucked into a cover story in this magazine. Clarke’s maternal grandmother, conceived in a subcontinental love affair, hid her half-Indian identity in a cloud of powder. “My granny kept that secret, that shame that she felt, to her grave,” Clarke said, reflecting on the pressures of assimilation. It’s a world away from today’s shade-adaptive formula, designed to meet the wearer where she is.

Even with beauty’s shifting currents, Clarke learned immutable lessons at home. Her mother, having worked with Revlon, could see through hollow sales pitches to the products that really worked. She also taught her daughter simple hacks: Vaseline as a lo-fi brow gel, and the fact that blush is just a “pigment—you can use it which way you want,” recalled Clarke. She never had a London rebel phase, a clash of Manic Panic hair. “I was a little bit emo for a while and had an obscene amount of eyeliner on, but I think I was just trying to hide.”

That impulse still resonated when GOT came to a close. The show was the centerpiece of her working life in her 20s. Playing Khaleesi had been an escape, thanks in part to platinum wigs with “magical powers” and a Pavlovian link to confidence. “When it ended, I felt like I’d been dropped a thousand feet,” Clarke said. Suddenly she found herself grappling with events she hadn’t had time to process, including her father’s death in 2016. “I slowed all the way down because I had to, to gently build it back up again.” Instead of big-budget franchises, she is headlining her first West End play this March—The Seagull, adapted by Anya Reiss—alongside a half-dozen projects underway from her production company, Magical Thinking Pictures. “Everybody in our industry had to have had some element of magical thinking to be able to make art on any level, to be able to go, ‘I’m going to be a kid forever,’ ” she said of the name.

I wondered if living so long with Khaleesi—a character defined by outsize ambition—shaped the actor in some way. “I just think that ambition for everyone looks different at different stages of your life,” Clarke mused. “When you’re young, you see ambition as quite relentless. You win or you lose with ambition.” On the far side of four Emmy nominations and two harrowing brain injuries, what matters to her now is living a normal life with well-nurtured friendships and “work that is meaningful and impactful for me. I don’t care if it’s successful.”

Mother of Dragons, Breaker of Self-Defeating Chains? Something like that. But it’s not breath of fire that is her restorative release. “It sounds really hippy-dippy, but there’s this amazing yoga position called the humming bee,” she explained, slipping her thumbs into her ears and letting out a few mini-vibrations. “It’s a completely insular thing, and I promise you,” she said, eyes twinkling as I leaned out of her light, “it just resets your nervous system.”

Gallery: Addition to The Guardian/Observer Photoshoot